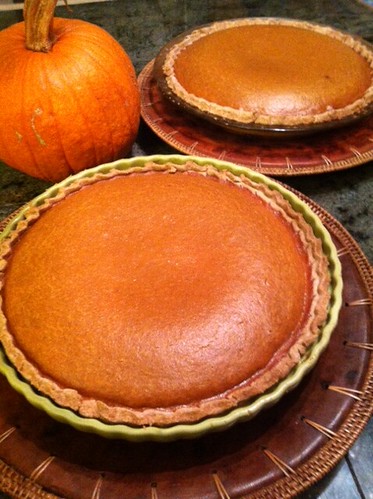 Every year at this time I bake my father’s pumpkin pie recipe. It’s hailed as the best pumpkin pie by folks who have ever tasted it. For as far back as I can remember my father Chef Wong, made incredible pies; apple pies, blueberry pies, peach pies, rhubarb pies, banana and coconut (Haupia) cream pies, Molokai sweet potato pies and of course his most famous the Thanks Giving Pumpkin Pie. Today, the tradition lives on in lil’ ol me! I am not a chef but I can cook up a storm, it comes from years and years of being in the kitchen with my father. I can remember sitting perched up on a stool in the restaurant kitchen where I was raised, mixing things in a bowl. My father talked the whole time, telling me what he was doing and why, he also took the time to tell me if I was doing something right or wrong. “No son, stir it this direction! No son, don’t make mess, be more careful! No son, try not to crush the berries!” he would correct every step through the process, teaching me that absolute care provided the best results. I didn’t mind the scoldings really, this was our time and it was the time he shared the most with me. Cooking was meaningful to my father because it was our livelihood.  I can remember countless times when he would go into the restaurant after a large table had their meal service to say hello to the guests, I would be sheepishly watching from afar, hidden behind furniture and listen to the guests applaud my father and rave to him about their meal. It always made me so proud. My father would grin from ear to ear, then retreat back into the kitchen and scold everyone there to do it better!

This year as I started to pull all the necessary bowls, pie plates and ingredients out to make my father’s pumpkin pies, I thought about my son Tino and when I should start to involve him in the kitchen. I decided that it’s never too early and that I wanted to have him around this year to be a part of the process. He already likes to help us quite a bit in the house, he likes to carry the bowl and feed the dogs, bring back their dishes when they are done eating and he likes to clear the table after dinner. We always let him go into the cupboard with the mixing bowls, spoons and spatulas and let him bring them out to play, I figure it will make him familiar with them early on (which could not be a bad thing..right?)

When I think of spending time in the kitchen with Tino I feel like this is when  he will learn to connect with my own father,  his grandfather whom he will never meet, but through cooking together there will be real connection.

In my case here, it’s about the kitchen and cooking where the connections are made, but in other families it might be in farming, gardening, or under a car fixing something. I think the point I feel today is that sometimes it’s easier to shove something in your  kids lap to keep them distractedc, because it’s easier to get stuff done. We might want to reconsider that? I am so thankful today that my father included me in his work and what he was doing, it was something that meant so much to him and now it has come to mean much to me as well.

We may never really realize the memories we are building with our children every single day in the smallest of ways. We have to be thankful for the times we have with our children because to be honest we don’t know how much time we are granted on this earth. Long after we are gone we live on in their memories. What kind of memories do you want to create for your children? Let’s include them in our lives, lets teach them the values of doing good work and that lots of care creates better results.

Today I am thankful for the lessons I’ve learned and for sitting on a stool in the kitchen mixing flour, sugar and butter together with my dad. This is a memory that will live on in me forever.